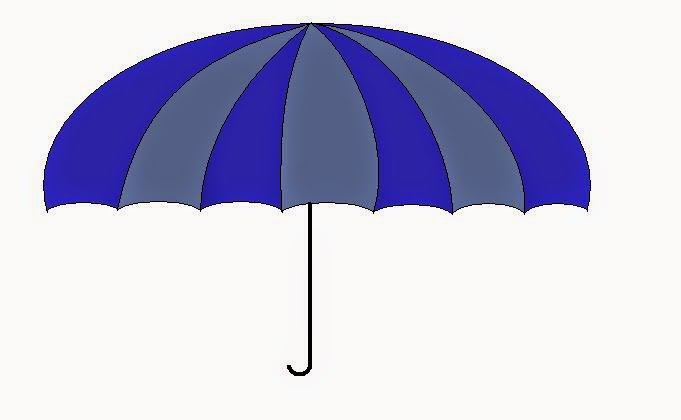 Quite simply, an umbrella insurance policy adds additional liability insurance to all the policies that are listed "under the umbrella". This means that if you have $500,000 in liability coverage on your car which is listed on your umbrella policy and your umbrella has $1,000,000 in coverage, then your car has a total of $1,500,000 in liability coverage. Also, one umbrella is meant to cover multiple things. For example, a person might list their three family cars, house, vacation home, boat, and a duplex that they rent out all on their one umbrella policy.

Why would I need umbrella insurance?

An umbrella policy is needed when the underlying policy doesn't provide enough liability coverage. For example, if you were in a boating accident that was your fault and someone was seriously injured. The liability coverage on your boat may not be enough to pay for the other person's medical expenses and damages. That is when an umbrella would "kick in" to cover additional costs up to it's own limit.

Often umbrellas are just sold to people that have high value assets, like people that own a home, some vehicles, and some rental units. Umbrellas can be valuable for others types of people as well. For example, a 28 year old that doesn't own much, but has an income of 70,000 per year. Their income and future income is actually an asset. If this person was "at fault" for a major incident and their insurance wasn't enough to cover the expenses, they could be sued for their future earnings.

Example 1: Tom gets in a car accident that is his fault and unfortunately a pedestrian is hit and has $100,000 in medical bills. In addition to the medical bills they can no longer work and therefore have lost $50,000 per year for the next 20 years.

What happens: Tom will have to sell his car, his home, and pay $25,000 per year until
he pays off the court settlement.
Example 2: Everything is the same as example 1 except Tom's insurance.

Health Insurance is confusing and what is with all of the acronyms? HMO, EPO, PPO etc?

Well here are some answers:

Different companies are known for different "Networks" or groups of doctors. Here is a break down of these three types of Health Insurance Companies. There are more types out there, but these are the largest and most common types.

HMO: This stands for Health Maintenance Organization. The largest example of this type is Kaiser Permanente, but there are others like Western Health Advantage and even some of the big players like Anthem and Health Net have created HMO's of their own.

This type of provider is more restrictive than the other types. For example, there is only coverage for seeing "out of network providers" in the event of an emergency. So, other than emergencies you are required to go to "in network" doctors and facilities. Also, if you want to see a specialist, you must receive a referral from your primary doctor. Sometimes getting a referral is simple, but other times it is more of a pain where you must visit your primary doctor then visit the specialist essentially paying for two visits when all you needed was one.

EPO: This stands for Exclusive Provider Organization. This is a fairly new type that Blue Shield is using more than other carriers. It is a bit of a hybrid between an HMO and a PPO. Like an HMO you must stay in network, unless it is an emergency and at that point you can go to the nearest emergency room whether or not it is in network. However, more like a PPO you don't need to get referrals to see a specialist.

PPO: This stands for Preferred Provider Organization. This by far accounts for the majority of the health insurance policies. This type of health insurance allows for clients to see "Out of Network Providers" and still receive some coverage. They may pay more to go out of network, but there is still some coverage. Also, you don't have to get a referral to see a specialist.

Check out this info graphic for a quick reference guide:

Posted by Unknown at 3:40 PM No comments:

Why use a local insurance agent?

Many people think that having a local insurance agent means that you are paying more for the insurance or there are additional fees. While this can be true, it isn't always the case! Let me break down for you when you definitely aren't paying more and when you may be paying more.

Health Insurance:
It is actually against the law for any agent to charge a fee for signing up for health insurance. The agent is also, not allowed to increase the price. Therefore, whether you go directly to Kaiser Permanent, Blue Cross, or any other company verses going through an agent makes no difference as far as price. Now, if you do go through an agent, they may be able to give you additional service, representation, and sometimes even better information.

Dental Insurance:
Unlike health insurance, agents and brokers are allowed to charge additional start up fees for using their service. So, you often do save money by going directly to the dental insurance carrier. Now, this is not always the case. The main companies that add fees are online brokers that sell many different dental plans. A local agent would be allowed to charge a fee, but many of them don't. This is something they are required to inform you about, so you can always ask.

Car Insurance:
Auto insurance is definitely a mixed bag. If you go through what is called "an appointed agent" then you won't be charged "broker fees". If you use an independent insurance broker, you may be charged a broker fee. Common broker fees are $50 although some are more.

Home Insurance:
Homeowner's Insurance is rarely something you can get directly through a company without an agent. In large part this is because the home must be inspected and that requires a person to physically come to your home and often take pictures. Like car insurance, you may be charged a broker fee when going through an independent agent. This could be as low as $50 or I have personally seen as high as $250 for start up fees. It greatly depends on who you use and who will accept your particular home. In California in particular, homes are being scrutinized a lot due to high wild fire risk. If you are in a high brush area you will need a local agent to find a company that will accept your home since many companies will simply refuse you right off the bat. When you are in a high brush area you will almost assuredly need to use a broker who will then charge a fee, but that is probably your only option. I recommend checking various brokers and comparing their fee schedules. You can always ask what the fees will be in advance.

Commercial Insurance:
Insurance for businesses is similar to home insurance as far as brokerage fees. However, in addition to the concern about being in a high brush area, it greatly depends on what type of business you run. For example, a sandwich shop is a low risk and can probably get insurance just about anywhere. Therefore, they don't need a broker, they will still need a local agent, but they can avoid the extra start up costs that brokers usually charge. On the other hand, lets say you have a business manufacturing fireworks. This insurance policy will most likely only be available through an "outside carrier" or "non-admitted carrier". In which case, you will have to go through a broker, but again fees will vary depending on what brokerage you choose.

Santa Rosa Insurance Agency LLC:
We are a local Farmers Insurance Agency in Santa Rosa, California. When you purchase insurance from us, most of the time there is no broker fee. There are two exceptions to this rule. First, if we can't place the policy with Farmers or one of it's daughter companies we will put it with another carrier who may charge a $50 broker fee. Second, if this is the only policy we have for you and you have not been an existing client our office will charge $50 for the work of setting up the account and servicing the policy. We are always up front about any fees and how you may be able to avoid fees. In certain situations our office will pay the fees for you. This is primarily when you have multiple accounts with our agency or have been a longstanding client. Give us a call with any questions! 707-526-0448

Posted by Anonymous at 5:01 PM No comments:

www.SantaRosaIns.com
We are a local Farmers Insurance Agency in Santa Rosa, California. We have been in business for 31 years and are family owned and operated! Check out our website for more information about how we can assist you with your insurance needs or give us a call. 707-526-0448